Samuel Bliesner received his B.S. degree in Chemical Engineering from Florida State University in May 2015. During his undergraduate career, Sam served as a co-op at the DuPont site in Richmond, Virginia, performing research in the Kevlar® business area. This work experience introduced Sam to, and sparked his interest, in the polymers industry.

Upon graduation in 2015, Sam returned to Richmond as a contracted reliability engineer in the DuPont Kevlar® pulp business area. After a short time in industry R&D, Sam decided to pursue his PhD. He is currently beginning his fourth-year of graduate school at Tulane University’s Department of Chemical and Biomolecular Engineering. Under the guidance of Dr. Julie Albert, his research focuses on control of semicrystalline polymer thin film morphology via solvent vapor annealing. His career interests include industry research, intellectual property law, and consulting. 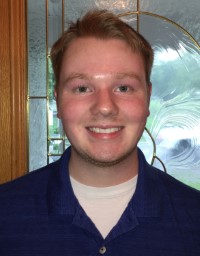 Haven is a senior studying for a B.S. in Plastic and Polymer Engineering Technology and expects to graduate in the Fall of 2019. Since May 2017, he has held an internship with Consolidated Container Company in Oil City, Pennsylvania, where he has executed 5s plans and performed process validations. 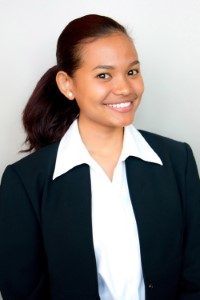 Antonia is a senior studying chemical engineering at Kettering University in Flint, Michigan. She is completing her thesis, conducting research on plasticizers. Antonia first encountered the coatings industry through a co-op with BASF where she assessed paint quality on automobiles. After observing the myriad of things that can go wrong with the final product, Antonia wanted to learn more and interned at PPG in the dispersions and pigments evaluation lab. During her time there, she worked on U.S. Department of Energy test models for dispersion quality using different resin technology. This experience has fueled her desire to become a coatings engineer.

At Kettering, Antonia serves as the vice president of Student Government and president of the International Club, and has held various leadership roles in the Plastics Engineering Club. Last year, Antonia participated in the 2018 SPE Thermoforming Conference RC Car Race Competition. 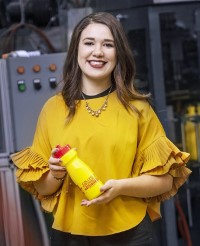 Lexington Peterson is a junior at Pittsburg State University in Pittsburg, Kansas. She is a double-major in plastics engineering technology and polymer chemistry.

This summer, Lexington is employed in a sustainability-oriented REU program (Research Experiences for Undergraduates, funded by the National Science Foundation) at the University of Maine. During the school year, Lexington is actively involved in the Society of Plastics Engineers, Society of Women Engineers, American Chemical Society, Honors College Association, Student Government Association, Phi Kappa Phi, and the Student Sustainability Fund Committee. She also works part-time as a lab assistant at the Kansas Polymer Research Center. 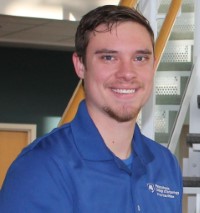 This summer, Nathan is working as a molding intern with the Manufacturing Development Engineering team of the appliance unit at TE Connectivity’s headquarters in Harrisburg, Pennsylvania. Nathan expects to graduate with a B.S. in Plastics and Polymers Engineering Technologies in December 2019.