Thermoforming Quarterly is a journal published quarterly by the Thermoforming Division of the Society of Plastics Engineers. The magazine is a great way to keep up with industry trends and developments. SPE Thermoforming Division members receive the magazine by mail four times a year. Non-members can access old issues here via PDF file. If you are not an SPE member this is a great reason to join! Become a member today to start receiving this valuable information in your mailbox.

We welcome objective, technical and related articles that provide valuable information to our community of thermoformers, toolmakers, material suppliers and OEMs. Articles are typically 1500-2000 words. We recommend viewing past articles for further guidance. All submissions should be in MS Word, 12-pt Times New Roman.

Artwork, illustrations, photos and graphics should be 300 dpi. We prefer .eps .jpeg and .pdf files

Due to the difficult determination of the resulting friction coefficients between the plug and the used plastic material depending on the sheet temperature and the plug roughness, simulating the thermoforming process is demanding. The simulated wall thickness distributions often differ from the resulting wall thicknesses when tests are carried out.

As expected, the resulting surface roughness of the plugs decreases as the grain size increases. Higher grain sizes make the surfaces smoother. Differences between the different measuring areas on the plug are based on the different rotation speeds of the plug during mechanical processing as well as during further processing with sandpaper. This leads to higher surface roughness in the bottom areas (Ra = 4.6 – 7.4 μm) due to the peripheral speed decreasing towards the center. In the wall area (Ra = 3.0 – 6.7 μm) of the plugs, where the surface roughness is reduced, the peripheral speeds are higher. The material is better removed by the sandpaper in these areas.

Consumer guidance from the recycling industry often goes something like this: “If you are not sure if something is recyclable, don’t put it in the recycling bin – because it’s better to not recycle than to attempt to recycle a contaminant.”

That advice is critically important for protecting the materials that have well-developed and cost-effective routes of flowing through the recycling stream. But it also raises a dilemma when trying to bolster recycling of a material such as the PET thermoform, which holds great opportunity for development in the recycling marketplace but which needs more clarity about its acceptance in local programs.

This article will explore the fundamental issues that have led to barriers in terms of bringing more thermoforms into the plastics recycling system. It will also offer advice for addressing these problems.

If extended producer responsibility policies take hold in the U.S., as is expected, and corporate stakeholders are held responsible for the after-use management of their packaging, it behooves them to take the lead on this effort and administer programs that are effective and sustainable for the consumer, the environment and their businesses.

A common saying in the recycling industry is that “there is no silver bullet” to fix the post-consumer plastics problem. This rings true for the issue of increasing thermoform recycling: any effort should incorporate a full arsenal of environmentally sound, economically practical and socially sustainable strategies. Hopefully, deployment of a variety of complementary efforts will culminate with an unconditional “Widely Recycled” label on every clear plastic PET thermoform. 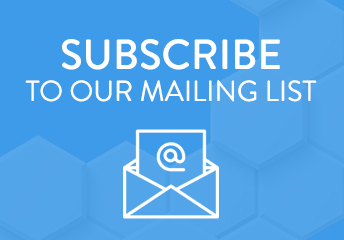